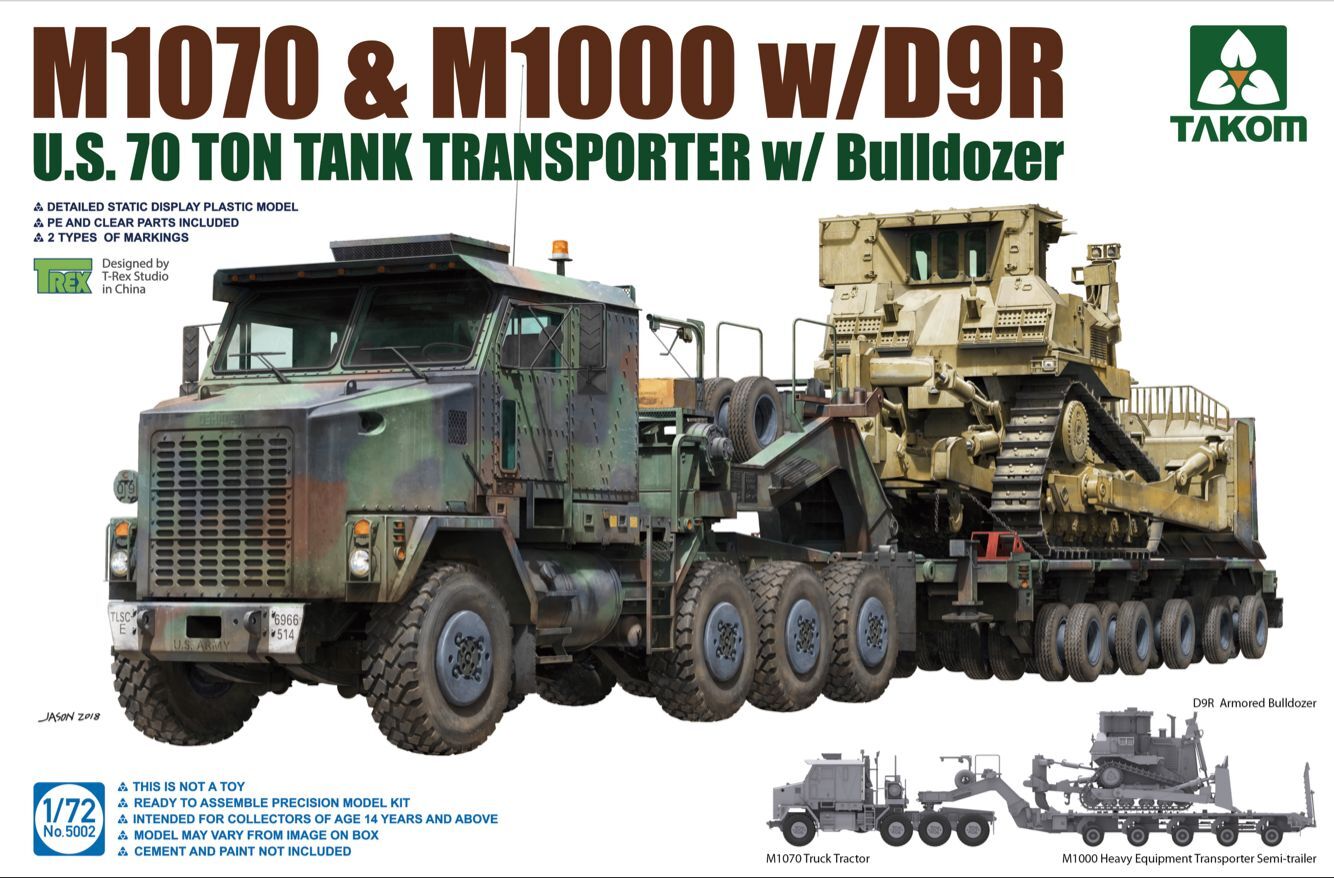 With the introduction of the M1A1 Abrams main battle tank into service, the US Army's existingM911 heavy equipment transporters were unable to carry the heavier load. A contract was thus awarded to Oshkosh Truck Corporation to develop and manufacture a new heavy-duty tank transporter, which emerged as the M1070 Heavy Equipment Transporter. An initial order was originally placed for 522 units, with production commencing in July 1992, but a total of 1179 tractors and trailers have been built since then.

The M1070 HET is a powerful tractor truck with an 8x8 drive configuration and advanced features such as an electronic engine control system to ensure maximum efficiency at all times, and an 'air ride' rear suspension to ensure all axles remain in contact with the ground at all times while smoothing out the worst terrain shocks to the chassis. To further assist traction across rough terrain, another standard feature is a central tire inflation system (CTIS). Unlike the previous transporters, the M1070 is designed to carry both the tank and its crew.

The engine remains the same as on the earlier M911 but is uprated to deliver 500 hp, and is coupled to an automatic transmission. Another novel feature is the power-steering system which synchronizes wheel movement on the front and rear axles to improve maneuverability in narrow confines.

The 25 ton loading winches are standard fittings together with an auxiliary winch. One improvement over earlier US Army tank transporters is that the cab has more space for the crew, including space for a tank crew. The usual tank-carrying semi-trailer used with the M1070 HET is the M1000. Despite its bulk, the M1070 heavy equipment transporter can be airlifted in an aircraft such as a C-17 or C-5.

D9R Dozer is an armored variation of the Caterpillar D9 track-type tractor, designed and manufactured by Caterpillar and up-armored in Israel. An unarmored dozer weighs 48 tons, while an armored one weighs 62 tons. The base vehicle comes with a large detachable blade and a rear ripper attachment. The blade and ripper serve as the primary working tools of the vehicle. The blade fitted at the front is controlled by four hydraulic arms. The standard equipment includes weapon mounts, storage compartments, lighting and communication systems. The cabin can accommodate two crewmen, including a driver and a commander. Armored glass panels on the cabin provide maximum ballistic protection, allowing views of all vehicle components in all directions. The cabin is also fitted with communications, fire-suppression and personal weapon holding systems. Modified vehicles can be equipped with crew-operated machine guns, smoke grenade launchers or grenade launchers. All functions of the armored dozer (including its dozer blade and ripper) can be operated remotely from the vehicle via portable control panel.

The armored Caterpillar D9 dozer is powered by a Caterpillar 3408C 18-liter turbocharged diesel engine, developing 474 hp, and can shove sand, dirt and rubble with the blade. The vehicle can also push heavy loads such as large quantities of soil and main battle tanks. The rear ripper is used to loosen densely-compacted materials and rip out larger stones and frozen ground.  These machines can be used for a number of engineering tasks, including explosive ordnance disposal, clearing of booby-trapped areas, demolition of fortifications, route opening, recovery of stuck armored vehicles and construction of sand mounds and various obstacles, preparing defensive positions. The Israelis also use these armored bulldozers in offensive urban warfare operations. In 2003, the US Army and Marine Corps acquired a total of 14 D9R armored bulldozers from Israeli army stocks for deployment in Iraq.