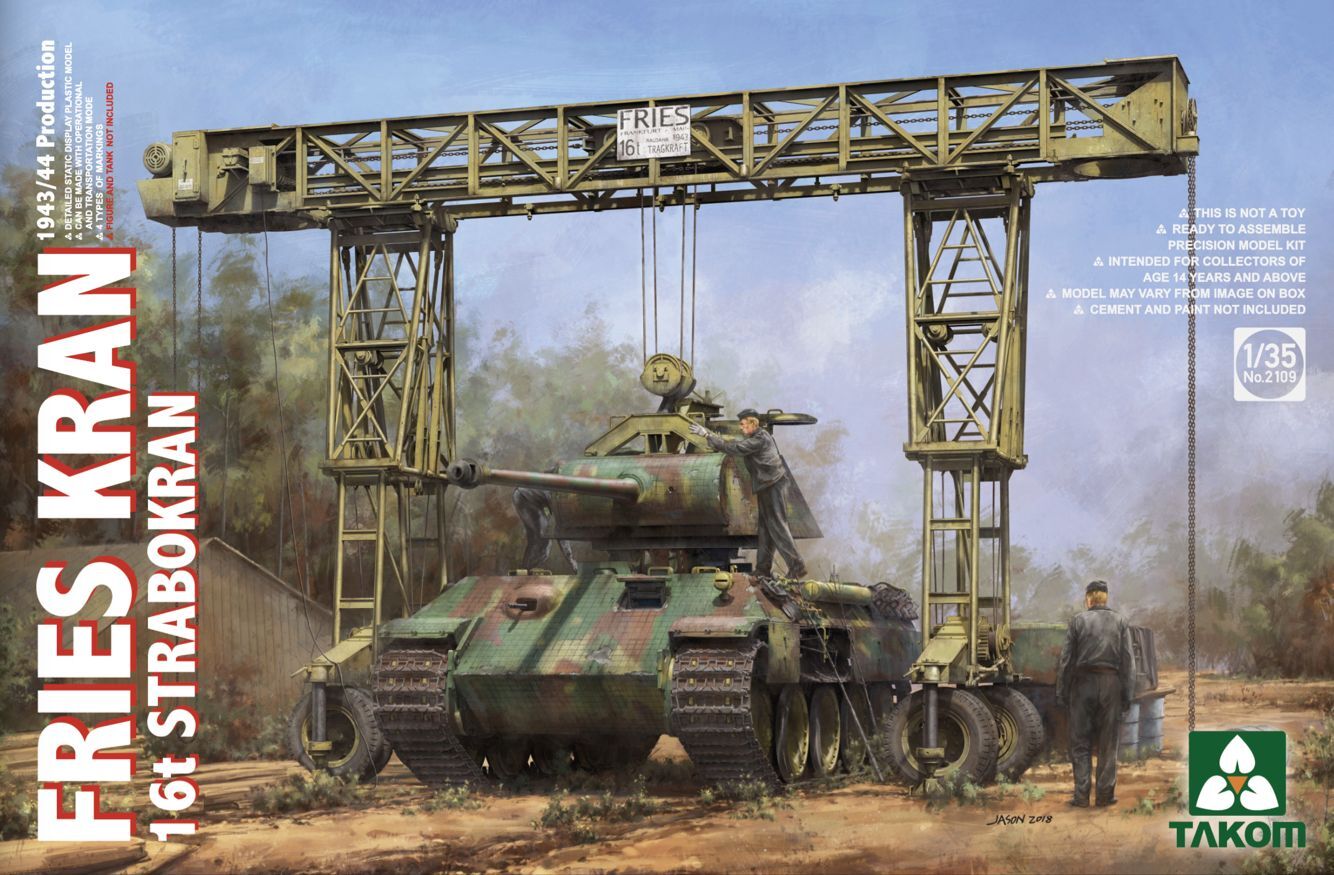 At the outset of WWII, German armored units were equipped with mostly light and tanks, accompanied by repair echelons consisting of gantry cranes with lifting capacities of up to 6 tons. However, after facing heavier Soviet tanks on the eastern front, the Wehrmacht began suffering heavy losses and soon realized the need for more heavily armored tanks to fight on the rapidly evolving battlefield. This led to the development of the heavy tanks such as the Tigers & Panthers, weighing as much as 30 tons. The existing gantry cranes in field maintenance units were too weak to service the new heavy tanks, so the Germans turned to the mobile gantry cranes manufactured by J.S Fries Frankfurt am Main which were developed in the 1930’s for lifting heavy loads in ports & railroad facilities.

The Strabokran (Strassen bock kran, or road gantry crane) consisted of a horizontal gantry supported by a pair of collapsible support towers. The gantry housed a winch on a rail-mounted trolley. A motor was mounted at one end for powered lifting, and a hand-powered chain wheel was mounted at the opposite end for driving the horizontal movement of the trolley. Each of the twin support towers consisted of four hinged scissor-sections, which were erected by cables via a hand-cranked winch mounted in the base of each tower, and then locked together. Strabokrans with 15t, 16t and 20t lifting capacities were developed in different years, and were towed by Sd.Kfz 8 and Sd.Kfz. 9 halftracks. Approximately 100 Strabokrans were built, some of which were license-built at the company Stratenwerth in Duisburg until the war's end, and were supplied to units equipped with Tiger’s & Panthers, as well as V2 units.